Friday morning Ali and I celebrated that we only had 1 more day until Jason got home from his recent Canadian tour.

Then Friday night we had a girls night out, dinner and frozen yogurt. I love hanging out with her. She’s so much fun! 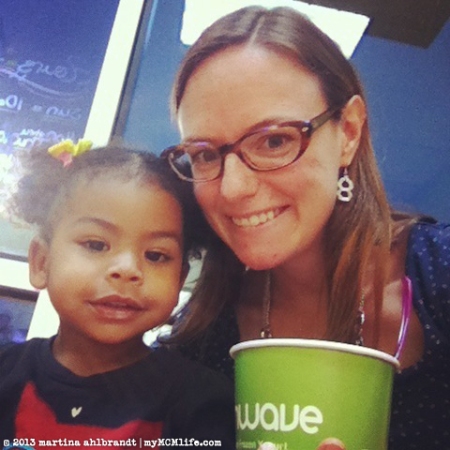 Saturday morning we had a light breakfast and then went straight to the airport to wait for Jason to arrive. Then we went out for breakfast together. 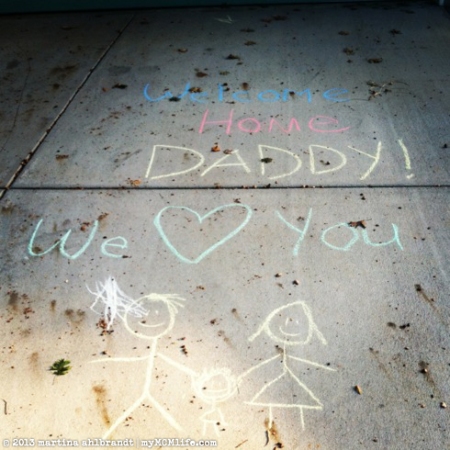 Can you tell that Ali was happy to see her daddy? I wish I would have gotten video of her jumping up and down and screaming, “Daddy! Daddy!” when we watched him walking toward our van with all his luggage and guitars. We sure love this guy.

Both of our little girls so far have adored Jason and vice versa. “Is she a daddy’s girl?” people always ask. I’ve dearly loved our girls too and they’ve loved me back, but there is just something about that father daughter relationship that’s hard to explain.

I used to come home from work and scoop Ladybug up into a big hug. More often then not, I could smell Jason’s cologne on her. I’d suck in the fragrance as I hugged our first daughter and my heart was full of joy that she had a daddy who loved her so much. I could always tell when she’d been spending time with her father because she had picked up his scent. (Picture above, from here.)

Precious is too little to give hugs but she has gigantic kissable cheeks. At her first doctor’s appointment, the pediatrician gave us a prescription for a rash on her face. We had never noticed the rash before. I actually didn’t even realize I was filling the prescription for a rash cream until the pharmacist explained what it was for. I looked back at Precious in the back seat. She didn’t have a rash on her cheeks. Later that day we realized when Jason’s scratchy beard brushes against her cheeks she gets a red dotted rash. It doesn’t last long but he must have been kissing on her cheeks right before the doctor walked into the exam room. Now, I always smile when I see a dotted patch on her cheek. She has a daddy who adores her.

We’re part of a system (as foster parents) where good dads are rare…in birth families and in foster homes. A friend just loaned Jason the book, Strong Fathers, Strong Daughters: 10 Secrets Every Father Should Know

by Meg Meeker. He’s not much of a book reader but he dove into it immediately. I noticed as I was falling asleep that his eyes were full of tears as he read. I wasn’t sure if he was going to end up brokenhearted or fired up, ready to fight for his daughter.

As far as policies go, the department of chilren’s services doesn’t prefer a mother/father household over a single parent household. Jason feels such a heavy burden for Precious (and he also did for Ladybug) knowing that he will probably be the only daddy she ever has. There are a lot of wonderful single parents out there who are doing a great job raising their children and fostering children and I admire them for all they do on their own. But statistically, there is no question that it’s better for children to grow up with a mother AND a father. The statistics for girls who grow up without strong fathers in Meeker’s book are…repulsive.

It’s just one more thing that burdens our hearts to think of Precious being taken from our home. 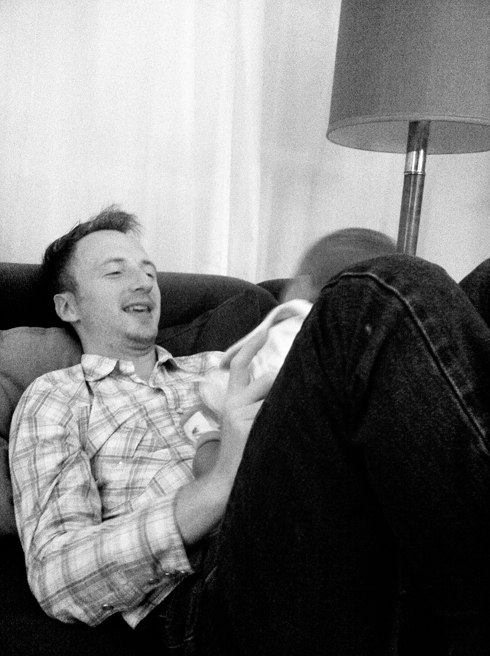 Oh sweet girl, we are doing everything we can to fight for you.