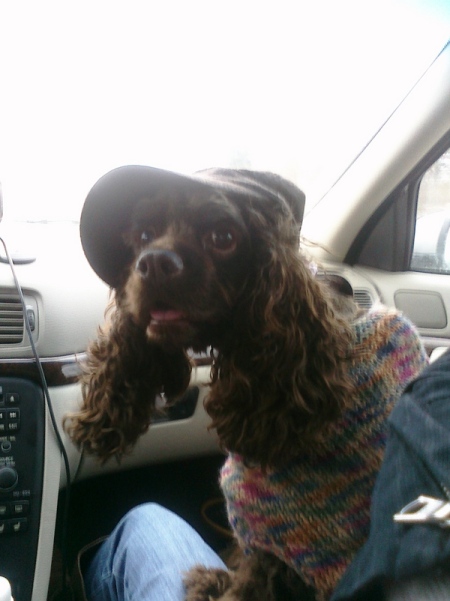 My last post on our mid-century modern Christmas 2010 is a recap through photos. (I’m still in vacation mentality so most of these are staight-out-of-camera shots.) First, we got together with Jason’s parents, his brother and our sister-in-law (who is 7.5 months pregnant with our niece) at our house for an early, laid-back celebration. We played dominos, ate pizza, opened presents and watched a movie.

Then, for Christmas weekend, we drove with my parents to my brother and sister-in-law’s house in Pennsylvania. We had great weather the whole way. Clear roads and snow on the ground in some places. 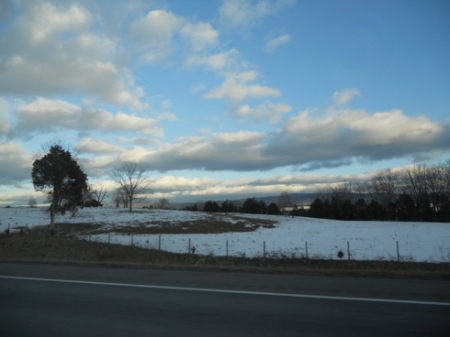 Lucy came along. She sat on my lap most of the way. Jason gave me a new camera for Christmas so I was still trying to learn it over the holiday. It’s a Nikon Coolpix. (I got him rain boots and a drill bit & driver set, in case anyone cares.) 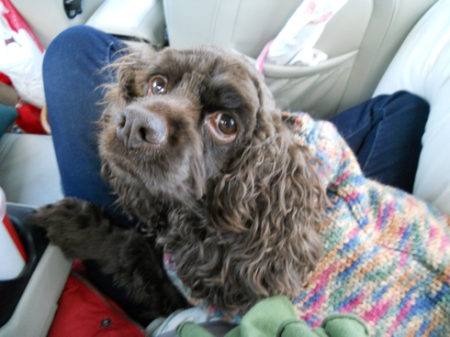 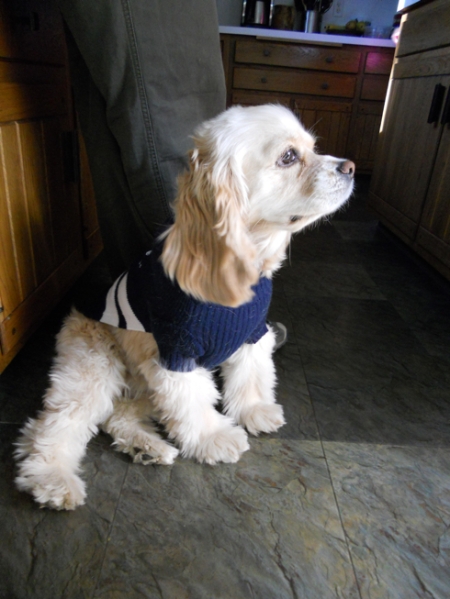 My brother-in-law Jeff and my brother Aaron

Jason and I accidentally matched our black and white striped shirts on Christmas Eve. 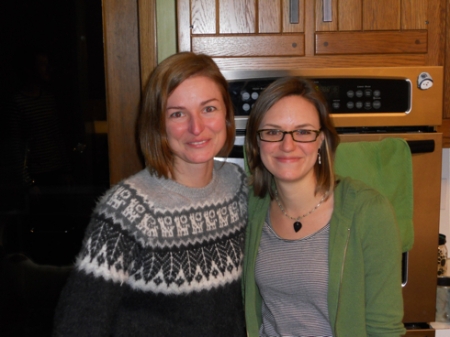 Our Swedish meatballs on Christmas Eve tradition. Jessica, mama and me. 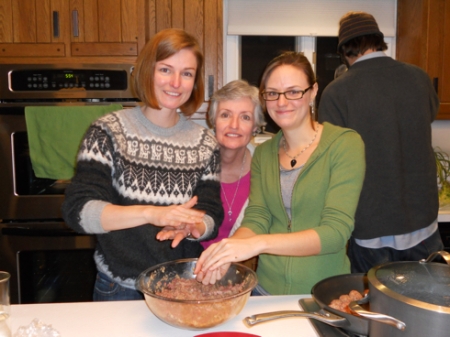 My sister-in-law Laura gave Aaron a pair of thrifted cowboy boots as a joke. The joke is on her when he starts wearing them for real!

Queso got a new toy from Aunt Martina and Uncle Jason.

Dad spent a lot of time playing with is new iPad. 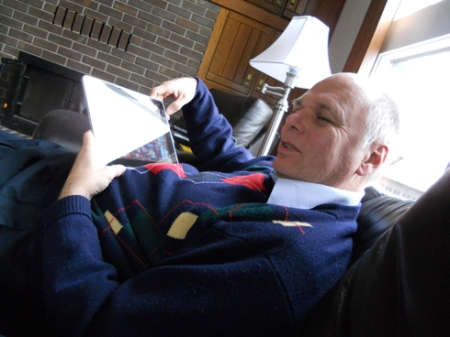 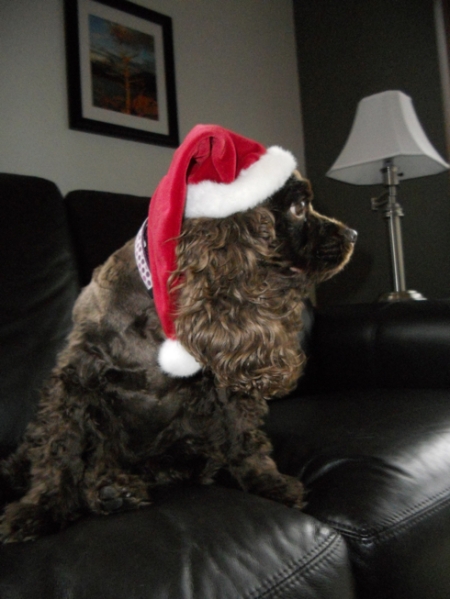 Neko got a new bone from Aunt Martina and Uncle Jason.

Me, Jason, Jessica on Christmas Day 2010

A major snow storm was forecasted to hit Eastern Pennsylvania on Sunday night so we left a day ahead of schedule and headed home a different route, which led us right through Cincinnati were our dear friends live. They generously offered to host us overnight. It was a great Christmas gift to get to see them again this year!

One of my fellow graphic designers surprised me with an Angry Bird for Christmas!

Merry Christmas All! Thanks for reading my everyday ramblings and leaving me comment love just often enough to keep me from quitting. 😉  Hope you have a great weekend celebrating with your loved ones!

I had plans to walk you step by step through my favorite cookie recipe—Peanut Butter Blossoms—and a new recipe from my neighbor that I tried for the first time—Peanut Brittle—but a) I don’t have time, b) I’m too lazy to dig the recipes back out of the recipe box, and c) you are done making Christmas cookies and treats by now, anyway, right? 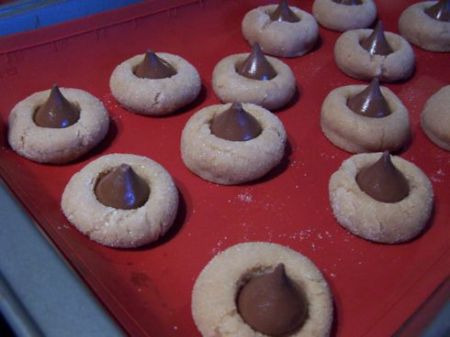 I’m eating both right now and they are delicious! That’s all you really need to know, really.

Speaking of our recipe box, a friend gave us this one as a wedding gift. Susan, I think of you every time I’m digging for a recipe!

A couple of weeks ago I went to Nashville’s Christmas tree lighting and parade. It’s on a Friday night downtown, which I thought was so weird when we moved here but I guess it makes sense with the lights. This is the first time in 7 years I’ve made it out to watch the parade. Usually we forget about it until we’re stuck in a traffic jam due to the closed roads. Anyway…

My friend Laren and I went down to Public Square to meet our friends Kala and Nate. Nate was busy doing some video thing for work so the three of us waited for the tree to be lit. (Jason was on the road with a music gig, in case anyone is wondering.)

I was glad I had my new hat cuz it was COLD! 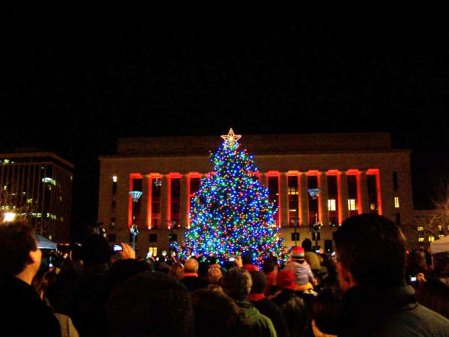 As soon as the tree was lit, fireworks started going off … 2 blocks away! We could hear them echoing through the city streets but we could barely see them. I love fireworks! Who planned the timing and location of these 2 events? Oh well. We set off to find Nate, who didn’t have his phone with him.

Found him and a high place to stand and watch the parade.

And several fun Christmasy floats. They were really the only thing worth photographing from our perch. A candy cane, followed by a bizarre bloated rocking horse…

A T-Rex … wait a second … what does this have to do with Christmas?!

According to tradition, the parade ended with Santa Clause. I didn’t get a good picture of the big guy because we had moved over by this propane heater to thaw out our feet and make awkward conversation with the other people huddled around it.

I wish I could take credit for this but alas, I cannot. I saw it on a blog last year and saved it in my inspiration files. (The blog is now private so there is no point in citing it.)  Maybe it will inspire someone else out there, too! 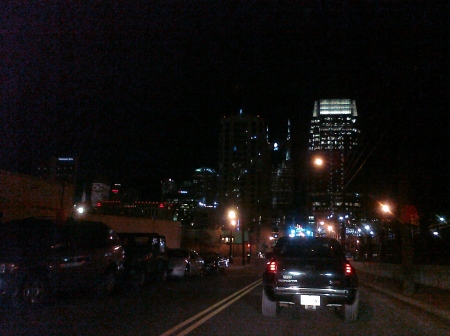 I’ve seen lots of great gift guides out there this year but two blogs, A Cup of Jo and Design*Sponge, seem to stand out above the rest. Great ideas, wide ranges of prices and broken into creative categories. In case you’re still shopping:

Cup-of-Jo Gift Guide Part #1: Your Beautiful Mom Who Gives Pitch-Perfect Advice and Has a Secret Crush on Niles from Frasier. (from Cup of Jo)

Cup-of-Jo Gift Guide Part #2: Your Hilarious Younger Brother Who Rides a Yellow Motorcycle and Dressed as a Bedbug for Halloween.

Cup-of-Jo Gift Guide Part #3: Your Twin Sister Who Loves Hiking by the Ocean and Wept When She First Met Your Baby.

Cup-of-Jo Gift Guide Part #4: Your Best Friend Who Wears the Prettiest Lipsticks and Knows (and Keeps) All Your Secrets.

Cup-of-Jo Gift Guide Part #5: Your Awesome Dad Who Makes the Best Family Lunches and Always Has a Good Book Recommendation.

Cup-of-Jo Gift Guide Part #7: Your Beloved Husband Who Makes Peppery Eggs, Sings The Rolling Stones to Your Baby and Can Always Make You Laugh.

Chickens and Goats for Christmas

Want to get something unique for the hard-to-buy-for people on your list?

How about a chicken? Or a goat? Not for your family members, per se, but in their honor for a family in need across the world. Goats are pretty remarkable animals as they can live in almost any climate, they reproduce quickly and they give plenty of milk for a family. $60 buys a pair of goats. Not in your budget? A pair of chicks costs $11. Visit ChickensAndGoats.com for more information.

They don’t just donate animals. For $115 or $133 you could donate an electric sewing machine or a rickshaw to provide someone with a tool to make a living and provide for his or her family. Pretty cool, huh? 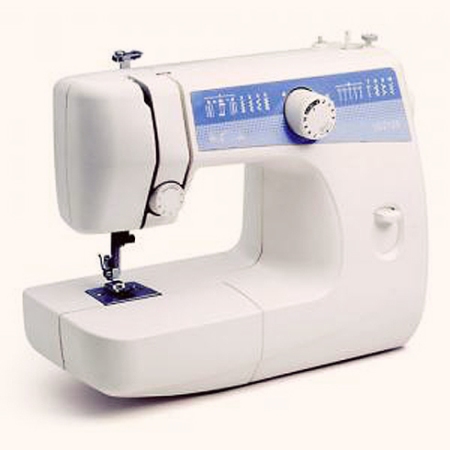 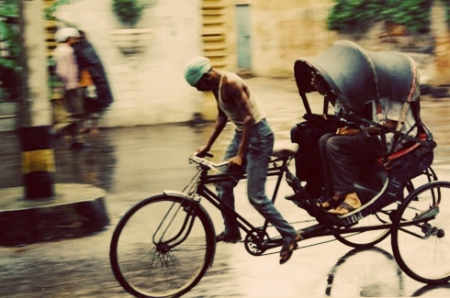 OK, last time I’m going to mention this, I promise. Wishing You a Shiny Brite Christmas and postcards are available for sale in my Etsy shop, Light Hand. (Sorry, the poster sold out already! Let me know if you want one and I can order more from the printer if there is enough interest.) 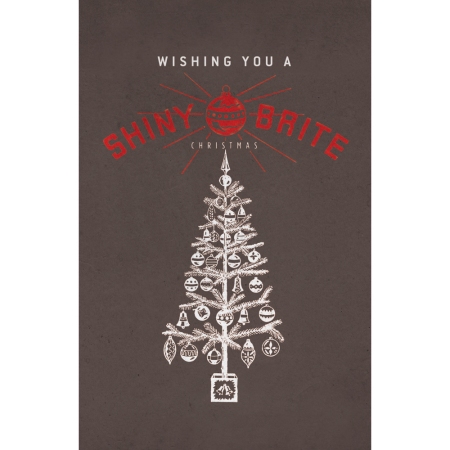 What can I say, I love my Shiny Brite ornaments! 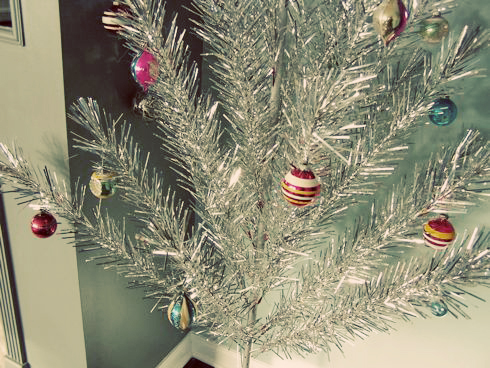