I haven’t blogged much about my second pregnancy (or anything else lately for that matter…) so I thought I’d do a recap of my first trimester as I’m now 13 weeks along. I found out I was pregnant with our little Nutter Butter baby on November 6. It was a Friday afternoon and Jason was out of town. I texted him a picture of a positive pregnancy test and he called me right away. Surprise! Later I went to the store and bought another 2-pack of tests. Just to be sure…

My first ultrasound was at about 6.5 weeks. We could see the baby’s heart beating but he or she was a little too small to measure accurately so they had us come back 2 weeks later. Also, at this point the ultrasound tech saw “a flicker of something else” that our doctor said could be an identical twin. Or could be just an ultrasound blip. Because it was so small it was hard to tell for sure.

After a really long 2 weeks while we tried not to think too much about the possibility of identical twins, we saw a healthy 8.5 week old singleton on the ultrasound. Phew! Twins would have been fun but…we are already looking at having two little ones pretty close in age. 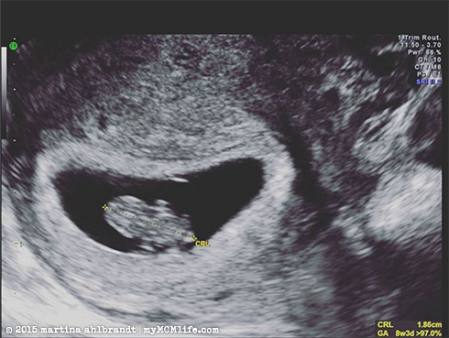 This is how I announced our new addition to social media:

8 weeks. My belly popped out really quickly, probably because my abdominal muscles were still stretched out from having a baby in April. 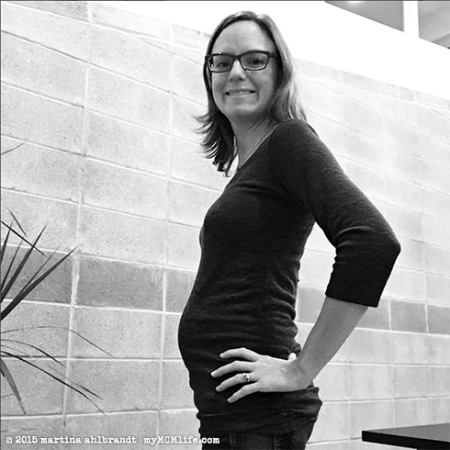 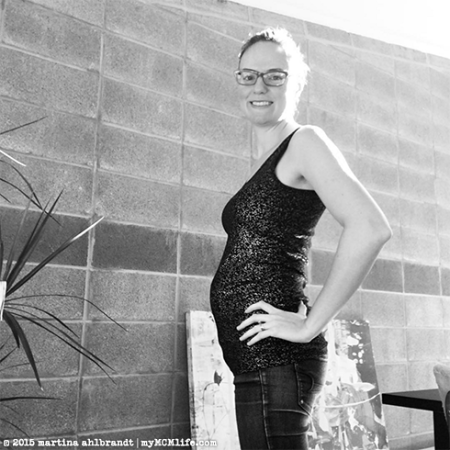 I was super tired early on in my pregnancy, which I think had a lot to do with breastfeeding and sleep regression from Isaiah as my milk supply waned, combined with normal early pregnancy tireness. I’m now completely done nursing Zay and he’s been sleeping much better the past several weeks as we transitioned him to formula. I had some nausea earlier on too, just in the evenings and when I was hungry. Now that all of that has passed, I’m feeling quite good. This pregnancy has seemed easier than the first one and I think there are several factors: I’m more distracted with my other two so I’m not thinking about my body and my baby quite as much, my body has done this before so it’s not all new (my journal from 13w last pregnancy was complaining about my belly skin stretching and feeling so tight…not at all this time!), and in general I just know what to expect so I’m not obsessed with learning new information or tempted to worry about every little symptom this time. Life is moving forward quickly and I’m thankful that all is going well. At my 12w OB check up this week they did a full work-up of tests and everything came back normal, thank God. I also got to hear the baby’s heartbeat for the first time. In just a few more weeks (March 1 to be exact) we have the 20w anatomy ultrasound, which is when we’ll find out whether we’re expecting another girl or another boy. I’m so excited for that!

This entry was posted on Friday, January 8th, 2016 at 4:00 pm and is filed under Family, Family: Nutter Butter/JoJo. You can follow any responses to this entry through the RSS 2.0 feed. You can skip to the end and leave a response. Pinging is currently not allowed.