It’s our fourth summer at this home and we’re putting the vegetable garden in it’s third location to date. This year we decided to building a raised bed for the first time, 4′ x 8′, roughly following Pioneer Woman’s instructions.

Originally I was thinking of doing a square foot garden – giving us space for 32 plants. 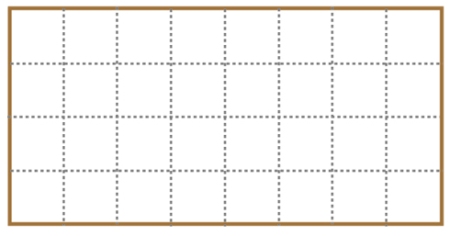 But Jason, my green-thumbed husband, said a square foot is not big enough for some of the things we wanted to grow – especially tomatoes. And we didn’t really need 32 different plants. Plus, we have 2 cold frames made from repurposed windows that we decided to use as greenhouses in the vegetable beds during the early spring months. There’s around 3’x3′.

Here’s the plan we came up with:

We’re starting watermelons, brussel and basil seedlings in the greenhouses for now. The cold frame on the left will be home to: strawberries, red bell peppers and green bell peppers. (We decided not to do chili peppers again this year.) The frame on the right with house: better boy tomatoes, beefsteak tomatoes, grape roma tomatoes and cherry tomatoes. Between the frames we’re going to try out brussel sprouts for the first time. Along the front of the left frame we’re planting romaine lettuce and along the front of the right frame, arugula.

I’m very excited! We’ve never done strawberries or brussel sprouts or romaine lettuce before. We’re trying sugar baby watermelons this year. Besides this 4’x8′ planter we also have a young peach tree and raspberry bush that we have high hopes for this year.

In case anyone is wondering …