Isaiah Jason is now 11 months old. At the beginning of March we learned this little big boy is going to get a baby sister in July. We named her Josephine. Isaiah is walking steadily and quickly now. He’s a sweet, funny, snuggly little guy who loves to play and explore. He’s a big fan of swinging and finding sticks. Zay loves to feed himself finger foods and refuses almost anything on a spoon now (except my homemade broccoli cheddar soup – he loves that!) He’s showing signs that he’s ready to move to one nap but Mama isn’t quite ready. I’ll be starting a slow transition over the next month. He will also be starting a transition into a full size crib (from a mini crib) as his room is getting to converted into a double nursery that he’ll share with his baby sister later this year.

I can’t believe my baby boy will be ONE later this month! 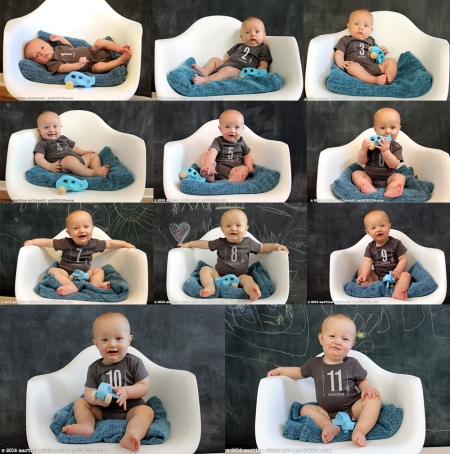 Here are some highlights (and one low point) of this past month:

The day they found out they’re getting a little sister.

Dealing with a bout of strep throat. Boo!

He loves playing in the bathtub. 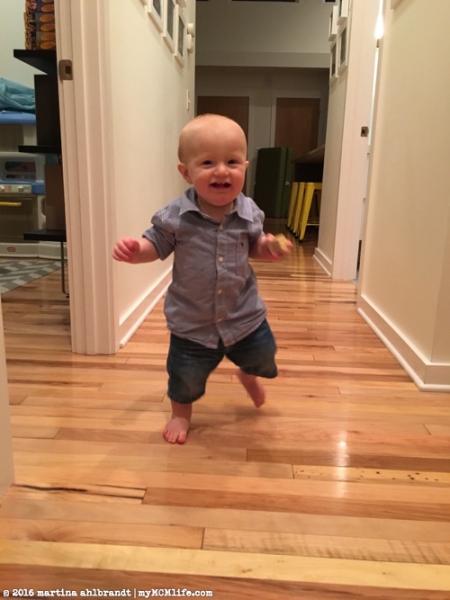 Devouring some homemade cheese pizza and offering to share.

I love his sweet personality and sense of humor.

All this action is tiring for a little body. 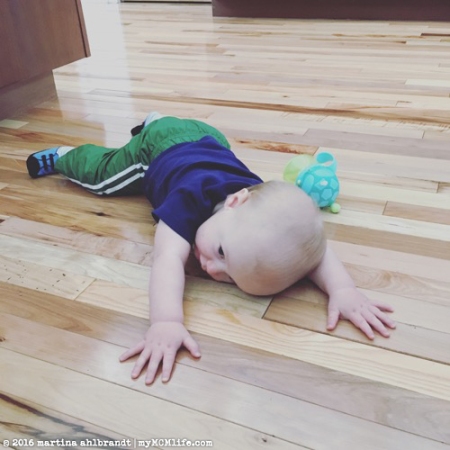 This entry was posted on Saturday, April 2nd, 2016 at 2:30 pm and is filed under Family, Family: Froggie/Isaiah. You can follow any responses to this entry through the RSS 2.0 feed. You can skip to the end and leave a response. Pinging is currently not allowed.

One Response to Isaiah Jason – 11 Months