Ali Mae, you have grown and changed so much in the past month! You’re back to being an only child again after 3 months as a foster sister to Buzz. Right after that transition happened, I started working my way down my to do list (things to accomplish while we don’t have any foster placements in the home) which included some big changes for you. I turned your crib into a bed. I’m currently second-guessing that decision and we may go back for a while… You became potty trained for the most part, though we still have to remind you. The concepts of wet/dry have been learned pretty well. You started preschool two days a week and you are loving it! Every time we pick you up you’re having a blast dancing with your classmates and you say “I love you!” to your teachers when we leave. You’ve been talking more and more lately, often in sentences and starting to say some really funny things. Sometimes you get the order of the words mixed up, for example “I want cookie too Ali.” You have learned all of your colors (thank you Preschool Prep!) and are currently working on numbers and letters. There is no rush, of course. You have plenty of time before you need to have those things mastered. Because I’m a designer and Daddy’s a musician, we get particularly excited when we see you interested in art and music. We recently walked around the Parthenon replica at Centennial Park and when we walked up the back steps you looked up and said, “Deautiful.” You repeated it several times. That’s the first either of us have ever heard you describe a place or sight as beautiful. A couple days later we went into West Elm and your interior design loving parents were again amazed to hear you say it as you took in the atmosphere of the store. Music is also a big part of your day. Every time we get in the van you say, “music please” … repeatedly until we respond. At night you request “daddy’s music” on your CD player and often turn it on by yourself. Daddy set up a keyboard for you in the playroom which you love to play with and refer to as the “pino,” like pinot. We often catch you singing ABCs, Twinkle Twinkle and other simple songs all on your own, as well as singing along with the radio and CDs in the car. I love that your imagination seems to be growing and getting more creative while you play, too. You’ve always been a content and happy child mixed with a good amount of drama and passion. Lately your emotions have sometimes come bursting out so quickly that I think it’s catching even you off guard. We’re trying hard to be patient with you while encouraging you to develop self-control and regulation. 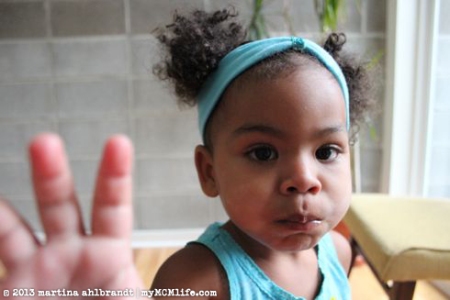 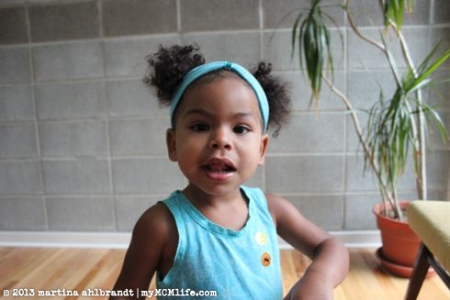 Speaking of beautiful, happy and dramatic… we recently had dinner with two of your biological siblings and their mom. You three have a lot in common! You had fun dancing to music together and dressing up with accessories and generally just having a silly, wild time together after dinner. It had been around a year since we’ve seen them last (a crazy busy year for our family) but we plan to get together much more frequently in the future, now that all three of you are finally old enough to really play together. 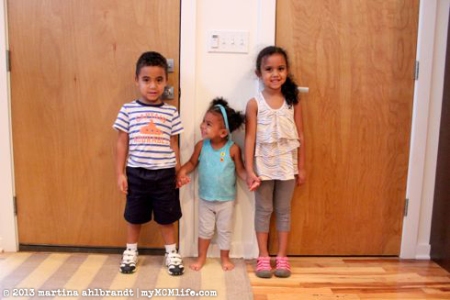 The other day while you were picking out your shoes, you said, “awesome.” I told you that I think you’re awesome. You responded, “Daddy’s awesome too, Mama.” I agreed and asked if you thought I was too. “Mommy’s awesome, too. Ali’s awesome, too.” I love you so much, Aligator. I think know being a mom would be so much fun. You make it way better than I ever imagined. You really are awesome, kid. I’m blessed to get to be your mom.

This entry was posted on Monday, August 26th, 2013 at 6:00 am and is filed under Family, Family: Adoption, Family: Extended Family and Friends, Family: Precious/Ali. You can follow any responses to this entry through the RSS 2.0 feed. Both comments and pings are currently closed.

One Response to Alianna at 2 years 1 month old