Weekend in the Smokies 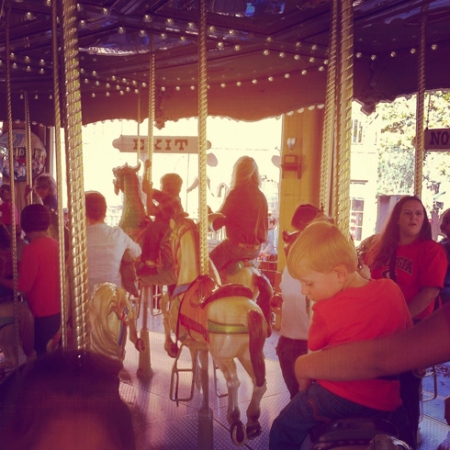 Sorry for disappearing for a few days. Plates are spinning around here. Still. (And Merry-Go-Rounds.) Instead of formulating a thoughtful blog post, here is a recap of our weekend. Thursday afternoon Jason and Precious picked me up from work, we dropped off Lucy at his parent’s house, and we headed over to Pigeon Forge, TN where we stayed until Sunday night. Jason was playing a marathon weekend with Guy Penrod at Dollywood—3 concerts a day for 3 days in a row—and all the wives and children came along. There were 6 families in our party; 12 adults and 18 kids…most of which are Guy’s. They are such a fun and sweet bunch of people. Precious was definitely the center of attention through most of the weekend with everyone oohing and ahhing about how beautiful and easy-going she is. Seriously, she was a travel champ! One of Guy’s sons said, “I hope I have a baby just like her when I’m older” and insisted that she was THE most beautiful baby in the world. Another one of his boys said, “I can’t wait until I have my own baby someday,” while he was feeding her a bottle for me. She got so much love this weekend.

We also ate lot of good food. Uncle Guy got to snuggle Precious to sleep before the food came out at Cracker Barrel one night. 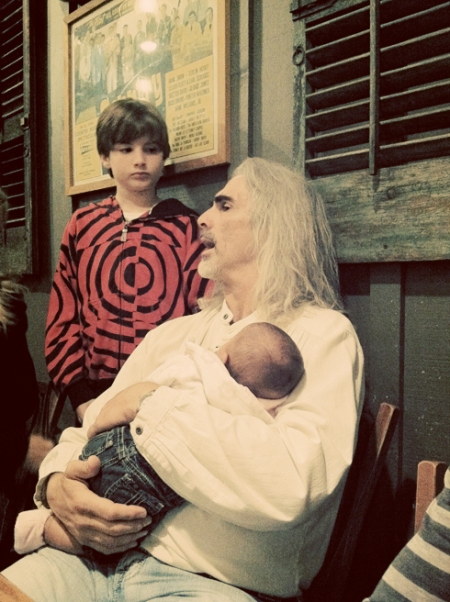 The shows at Dollywood were fun. Precious and I watched about half of them. Sometimes she watched, sometimes she slept on my lap, and sometimes she napped down in the dressing room. 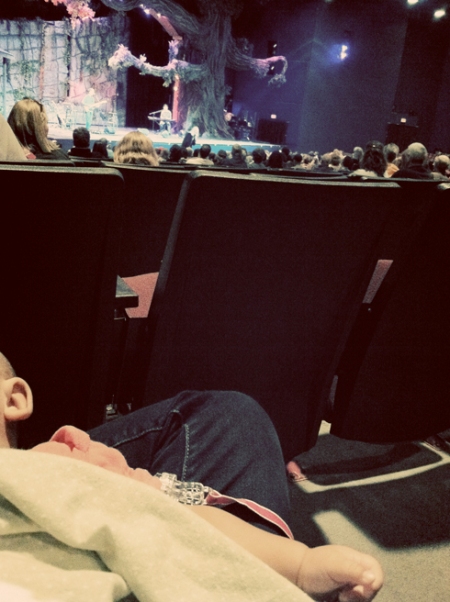 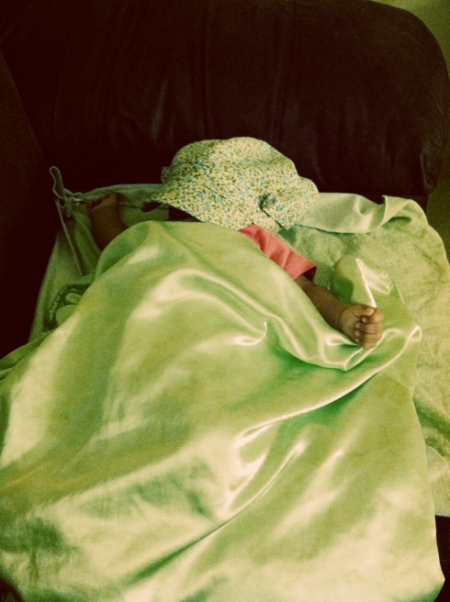 We watched one of the shows from backstage while she was sleeping in a Moby wrap. 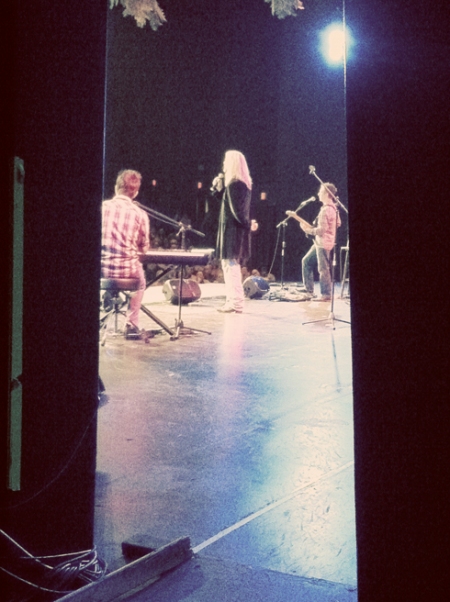 Speaking of Moby wrap, Jason was talked into trying it on while we were walking around going on rides. We got a pretty cute family picture of the three of us… I wish I could show you the whole picture. Maybe someday. 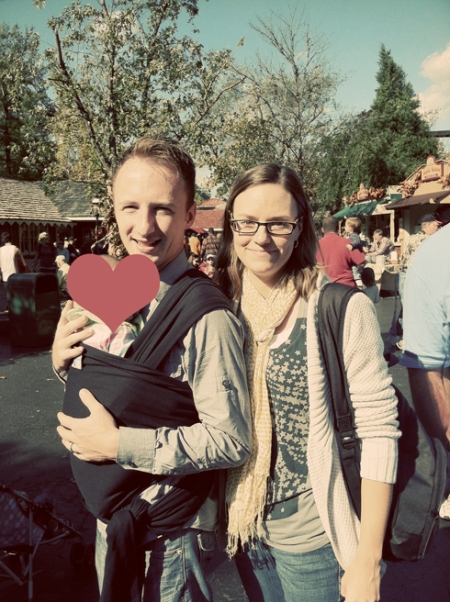 Speaking of someday… please continue praying about Precious’ situation. We are still uncertain about whether or not we will be given the first choice of adoption for her. There is someone else in the picture who is not legally kin but has a relationship with two of Precious’ half siblings. We’re basically competing with her—which is awkward—and we won’t know more until we have another team meeting and then ultimately a judge makes a decision…in a couple months? Then the earliest the adoption would be finalized would be in March or April. Either way she will be going to a good place but we’re crazy about her and would hate to let her go. Not without a fight, you can be sure.

This entry was posted on Wednesday, October 19th, 2011 at 7:51 am and is filed under Art, Art: music, Family, Family: Extended Family and Friends, Family: Foster Parenting, Family: Jason, Family: Me, Family: Precious/Ali. You can follow any responses to this entry through the RSS 2.0 feed. You can leave a response, or trackback from your own site.

4 Responses to Weekend in the Smokies